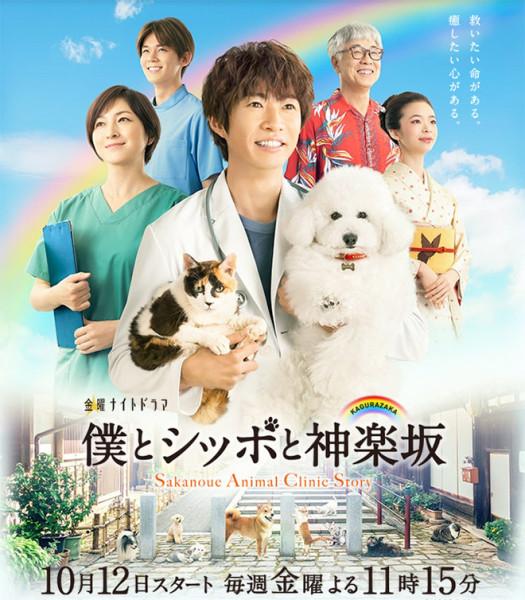 I give very few fucks about the plot, honestly. But. Cute animals + Sexy Vet with the Sweetest Smile? Sign me in.
Of course I hope the story will be nice/cute/whatever too.
But there's Aiba and that's enough for me. 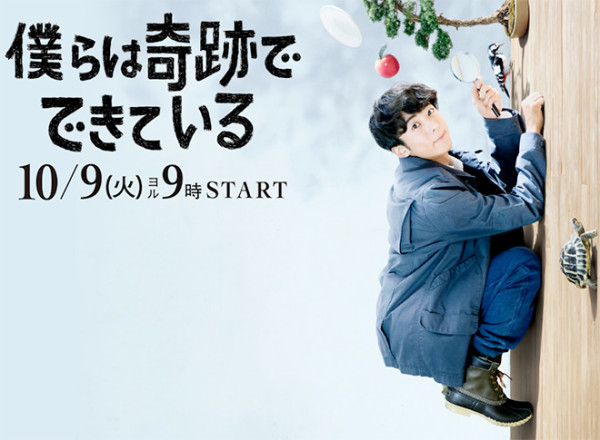 Preview
Date: From 9.00 p.m., Tuesdays, 9 October 2018
Station: Fuji TV
Scriptwriter: Hashibe Atsuko (A Life, Ghost Writer, Boku Series)
Cast: Takahashi Issei, Eikura Nana, Kaname Jun, Kojima Kazuya, Nishihata Daigo, Yahagi Honoka, Triendl Reina, Kita Kana, Hirota Ryohei, Tanaka Min, Anan Kenji, Toda Keiko, Kobayashi Kaoru
Synopsis: Aikawa Kazuki (Takahashi Issei) is a university lecturer who teaches ethology, which is the study of animal behaviour. He just started life as a lecturer six months earlier at the recommendation of Professor Samejima Shun (Kobayashi Kaoru) whom he studied under in university. However, when it comes to the animals and living things that Kazuki loves, he gets so immersed that he pays no attention to other things. He is not able to follow the rules established by the university and gets scolded at work every day. In addition, he has the habit of procrastinating on things that he finds bothersome and is also poor at being punctual. Kazuki’s lessons are “not ordinary”. Although he gives students assignments to make them express their opinions, he would end up saying that he does not know the right answer and stump them. Kazuki’s behaviour bewilders the people around him, and at times, it even irritates them. They keep this “eccentric” at a slight distance but this does not perturb him. However, their own values are shaken by the sight of Kazuki, who has no bias or preconceived ideas and enjoys each day following his interests and curiosity, and they are gradually influenced by him.

I have a not-so-secret crush on Takahashi Issei and I plan to watch his entire filmography sooner or later. He just has the sweetest smile ever??? (you can already see a pattern for this drama season, right?). He's also a very good actor but he's just. So. Sweet. The character he's going to play in this drama seems sweet and weird too, I'm going to suffer a lot. 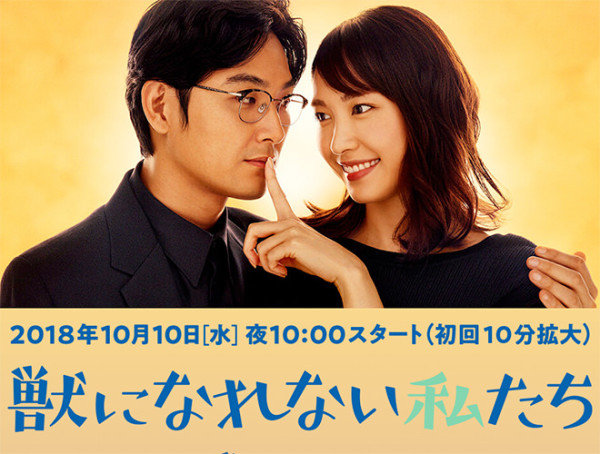 Preview
Date: From 10.00 p.m., Wednesdays, 10 October 2018
Station: NTV
Scriptwriter: Nogi Akiko (Nigeru wa Haji da ga Yaku ni Tatsu, Juhan Shuttai, Okitegami Kyoko no Bibouroku)
Cast: Aragaki Yui, Matsuda Ryuhei, Tanaka Kei, Kuroki Haru, Inukai Atsuhiro, Ito Sairi, Kondo Koen, Ichinose Wataru, Kikuchi Rinko, Matsuo Takashi, Yamauchi Keiya, Tanaka Misako
Synopsis: Shinkai Akira (Aragaki Yui) is always smiling and her work is perfect. She is liked by everyone, but no one knows the great hardship she undergoes in her professional and private life in order to play the perfect girl. Nemoto Kousei (Matsuda Ryuhei) is a wordly, charming accountant who is popular with women. However, no one knows that it is only a pretense and he views everything coldly. He trusts no one and is cynical about everything. The two of them, who are never brutally honest and guard their hearts, happen to meet at a craft beer bar after work one day. It is because they are complete strangers that they can hurl what they truly think at each other. In the process of doing so, they get hurt but begin to step out in their own way.

Nogi Akiko againnnnnnnn!
From the plot, this has the potential for being a really good romance drama, and the scriptwriter is sooooo good in this.
I am excited. 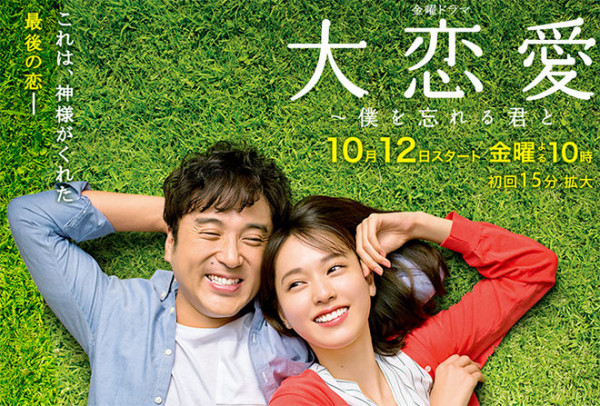 Preview
Date: From 10.00 p.m., Fridays, 12 October 2018
Station: TBS
Scriptwriter: Oishi Shizuka (Ie Uru Onna Series, Contrail, Second Love)
Cast: Toda Erika, Muro Tsuyoshi, Tomizawa Takeshi, Sugino Yosuke, Kurokawa Tomoka, Natsuki Yoko, Kusakari Tamiyo, Matsuoka Masahiro
Synopsis: 34-year-old Kitazawa Nao (Toda Erika) is a doctor who works hard every day at a ladies clinic. She is engaged to marry an older doctor Ihara Yuichi (Matsuoka Masahiro) with perfect qualities. One month before her wedding, Nao moves to her new home. On the day of the move, she meets a surly Mamiya Shinji (Muro Tsuyoshi), who works part time for the moving company and used to be a struggling writer. The two of them fall in love. However, Nao discovers that she is suffering from Alzheimer’s disease. In spite of this, Shinji changes this crisis with laughter and cheerfully supports Nao. Through her illness, Shinji learns the meaning and joy of mutual love and her presence awakens his potential. He writes a book about living with Nao and their romance, all the while aware that Nao will no longer know him some day …

You guys. We are living in a time when Muro Tsuyoshi is doing romance dramas. I love it.
The only problem is that this is going to be a sad ride, since she's sick and all. I hope it will be more bittersweet than sad &hearts Date: From 9.00 p.m., Mondays, 8 October 2018
Station: Fuji TV
Scriptwriter: Ikegami Junya (Keiji Yugami, Higanbana, Gokuaku Ganbo)
Cast: Oda Yuji, Nakajima Yuto, Araki Yuko, Nakamura Ann, Isomura Hayato, Imada Mio, Kunimura Jun, Tajima Reiko, Kote Shinya, Suzuki Honami
Synopsis: Kai Shogo (Oda Yuji) is a hotshot lawyer who belongs to Yukimura Uesugi, one of Japan’s four large law firms which is headed by Yukimura Chika (Suzuki Honami). He is a sharp but very arrogant man who studied at Harvard University after enrolling in Tokyo University. Kai is primarily in charge of lucrative cases such as corporate acquisitions, mergers and strategic alliances, and a promotion to senior partner is within reach. Worried about Kai’s extreme win-at-all-costs mentality, his boss proposes that he team up with a young lawyer as a condition for his promotion. Kai accepts this condition and conducts interviews to hire a rookie lawyer. That is when Suzuki Daiki (Nakajima Yuto) arrives. Suzuki is a smart young man with a photographic memory. But he lives the life of a part-timer under the influence of bad company, and earns a living by as a substitute test taker for all sorts of industries.